Getting started with PINE64 PinePhone HW

If you're new to PinePhone, you may find some of the following information useful, since PinePhone is not really a consumer device (yet), and you'll need to know the basics of how PinePhone HW works, to be able to use it more fully, while the software is still maturing.

This is not official or authoritative information. It's just something I figured out after using the PinePhone and similar Allwinner based devices for a few years. Also it's not an ad, so expect real information even if unpleasant.

By default the phone will start powering up after ~1s press of the power button.

You can always shut the power down by pressing the power button for more than ~6s.

These are defaults set in HW. They can be changed by SW, but nobody using a default bootloader does it.

Without any SW, you'll not see any visual feedback that the phone is powered and drawing the power from the battery. You may notice that it's heating up. In that case you can power it down using a long press on the power button.

The phone doesn't turn off automatically if there's no SW on it or the SW is broken.

If all bootloader blocks on microSD card and eMMC are erased/inva­lid, you may detect that the phone is on by seeing a new USB device if you connect it to the computer. This is BROM FEL mode that can be used to program the phone over the USB. Though this is not a reliable way to determine if the phone is on or off if it's not giving any visual feedback, because the phone will automatically power up when you connect it to the USB port/charger. You change the state by trying to obvserve it. :)

The phone HW will charge the battery automatically even without any SW. There's not­hing special to be done, other than wait.

Charging will be faster if the phone is powered off wile being charged, since all the power necessary to run the phone will now also be available to the charger. This is especially useful if you're charging via USB port on your computer, because the PMIC in the phone will decide to use a current limit of 500mA (even for USB 3.0 ports, where the limit for host supplied power is higher).

Conversely, the charger will not be enabled at all and the battery will be discharging if you use the phone in such a way that it requires more than 500mA from the USB port (2.5W of power).

Default input current limit for using a dedicated charger is 1500mA, which is high enough to do a fast charge when the phone is powered off. Fast charge is specified as charging the battery at 0.5C 2750mAh * 0.5 = 1375mA. Charger has a default charging limit of 1200mA (so that's slig­htly less than 0.5C, but close enough). So if the phone is powered off it will be able to use the USB input current limit fully for charging.

Charging at 0.5C means the charging should finish in about 3h (the charging curve is not linear, but the current decreases towards the end of a charging cycle).

If the battery was drained too much, that may trigger a safe charging mode, and the next charging cycle will take significantly longer.

If in doubt, just connect the phone to USB port, make sure it's off (long press of the power key), and leave it there for half a day.

If in real serious doubt (like battery deforming itself or being very hot), bring the battery to the recycler. ;)

The battery is specced at 4.3V fully charged open circuit voltage, but PMIC will charge it to 4.2V by default. This will limit the capacity slightly.

The phone will discharge the battery automatically. :) Usual discharge power is somewhere between 2-3W depedning on use. The lowest possible power draw with the current state of software support is 1W. The lower limit will improve with better SW support. The power usage while actively using the phone is much harder to optimize.

Conservatively speaking, the battery has the capacity of ~10Wh. So you should see 3.5h runtime with constant light use and absolute max of 10h idle time if you never check your phone at all.

It's possible to use the phone in such a way that it will draw much more than 3W, so you can see even lower run times on a single charge.

The most power hungry components are the backlight, the modem (during calls or heavy data use), wifi (during heavy data use and even during idle, because WiFi driver's power management is slightly broken and people thus disable it), the flash led, the CPU when loading all 4 cores to the max, and probably some other components I haven't tested yet.

If you really really try hard, you can get over 6W.

If I notice some other common HW problems/qu­esions in the chat, I'll expand this HW intro. So this is still: 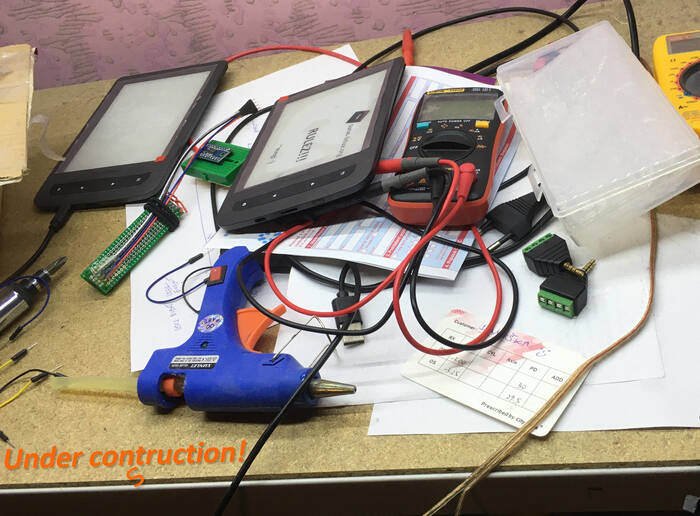